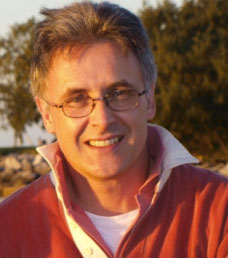 Head of the Ecology and Biodiversity Centre, and Associate Director, Institute for Marine and Antarctic Studies, University of Tasmania.

Professor Johnson’s  research is concerned with the space-time dynamics of marine systems, how marine community dynamics and structure is influenced by human activity, and translating this to inform robust management of marine systems. Effort is equally divided between underwater experiments and computer modelling, with a recent focus on predicting shifts to alternative stable states. His work has largely been with temperate (kelp-based) and coral reefs, but is now extending to include Southern Ocean systems.

He serves on the Steering Committee of the Australian National Data Service, and he chaired the Marine National Facility Steering Committee for a decade, completing his term with the build project of the RV Investigator. He received his PhD from Dalhousie University, Nova Scotia, in 1985.